Chris D'Amato in "On the Rocks"

Chris D"Amato and classmate Louis Aquilar created and produced a detective film "On the Rocks".  Here is a clip of the stage performance of "On the Rocks".  Viewer Discretion is advised.  Many more clips of the whole series are available on YouTube.  Also provided is a question and answer with Chris and Aquilar provided by Hofstra Pulse.

Whitney Players in the National Media!

Recently, our very own talented youngsters Jillian Elliott, Mia Laguna and Grace McGovern went and auditioned in New York for "Annie".  There, they were interviewed by the New York Times.  Visit this link and click on their headshot for their audio clip interview!

"Garbage Man" is a film submitted to the Ideat Village 48 Hour Film Festival by Whitney Players Amanda Tiroletto and Paul Falzone.  The film was written, filmed, and edited in 48 hours.  Featured in the film are Whitney Player Alejandro Lopez and Darragh McNicholl, brother of Gavin.

Check it out here!

Garbage Man from B M on Vimeo. 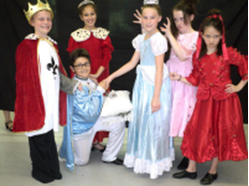 Mike Baldarelli and Gabe Aprea "Who's On First?"

The Whitney Players performing to "Spit" by Derek Clay on CT Style!

​Watch this clip to see some of very own Whitney Players interviewed by the New Haven Register's Ann DeMatteo.  Also provided is an article with quotes from Cindy and more information on Cinderella!

Click this image to see and read the interviews!

Justin Scalzo stars in this television drama.  Viewer discretion is advised for the trailer below.

​Our very own Albert Glassman stars as Robert Maxwell, a passionate writer whose mind begins to be overrun with disturbing thoughts in this Rated R horror flick by Legion Films.  Viewer discretion is advised for the trailer below.​

Whitney Players Paul Falzone and Art Longley appear in this Tripeg Studios horror film.  Viewer discretion is advised for the trailer below.

http://www.hamdendailynews.com/ArchivesHCJanMarch07.html  (Scroll about half way down the page to read interview)

NOTE:  If any of the above links do not work, try copy and pasting the URL into your browser.

http://hofstrapulse.wordpress.com/2009/04/  (scroll down to see article on Chris and "On the Rocks".